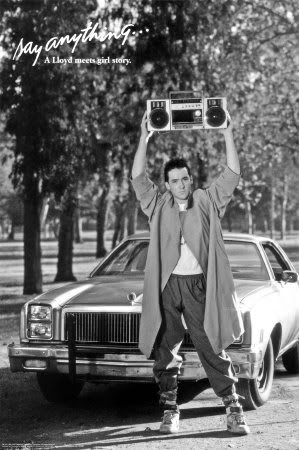 Casey first remembers seeing Kelly stroll across the crowded cafeteria at Wildwood Catholic High when he was a lowly sophomore and she–a stellar senior in a snug wool pinafore. He touts this moment as the beginning of their love affair. (She does not.)

Kelly didn’t notice Casey until years later, after she graduated from college with honors and backpacked her way through Europe (after he dropped out of school and dealt blackjack at the casinos.) She suspects that had he married one of her equally attractive classmates, who he also watched stroll across the cafeteria, he would have made the same heartsick claim.

Casey entered Kelly’s life on the day after she had her wisdom teeth removed. He had the audacity to call her at home. For a job.

This should have been the end of their story, but Kelly’s boss pressed her to find a position for Casey, because he had helped prepare the restaurant for the summer season (and because his mother sold them their radio ads.)

Kelly was irritated that this inexperienced server was foisted on her, but there he was, on the first day of training, seated opposite her, at the end of a long banquet table, as she introduced cheese sticks and crab fries and crab melts to new staff.

It was at end of this training, after Kelly demonstrated how to open a hard shell crab, and invited anyone who wanted to stay to finish the tray of blue claws, that she first noticed Casey, and noticed that he noticed her.

It’s been said that angels of some sort support each partnership–a third entity created of love. Kelly hadn’t known about this kind of thing then, but if she had, she might have felt not only the pulse of energy between them–from her eyes to his and back again–but also above them, stretching from his crown to hers.

When he smiled, she felt warm deep in her belly.

But Memorial Day weekend was around the corner, and soon the season would be underway,  and there would be little time for warm bellies or angels. Kelly would come to enjoy Casey’s flirtations, but she also enjoyed those of the bartender, and the musician, and some of the bus boys, not to the mention the steady flow of customers in and out of the restaurant night and day.

Professionally speaking, Kelly grew to like her new employee more and more. He had an easy way with customers that melted any frustrations they might have with his occasional over sights, and he was a strong team player, always pitching in, with a good attitude.

As a rule, Kelly didn’t date employees, but she did enjoy a congenial relationship with them. At the first late night staff party in June, she found herself admiring this young man she had been forced to hire. He sat leaning against a tree with a charming grin on his face as he finished off the spiked watermelon that he brought along for the occasion.

Kelly wanted to take him home for a late night snack, and when she left the party, she hoped, no, she willed him, to follow her. She watched in her rear view mirror as he pulled out behind her and took each of the turns that she took as she drove north on the island.

Summers at the Crab House were delightful. Everyone was young and sun-kissed and flush with cash. Some nights there were live musicians and always a sense of festivity in the air.

Whenever there was a lull in the activity, everyone took turns receiving or giving massages. As the alpha female–dispenser of checks and schedules and Saturday night drinks and snacks–Kelly was a frequent recipient of the massage ritual, and Casey an enthusiastic participant. Their interest in each other percolated.

Once he had the audacity to compliment her legs as she passed him at the register. She kept on walking. Hiding her smile.

Once she threatened to fire him. He was never late again.

“Is Kelly seeing anyone,” Casey asked one of the busboys.

Just before the 4th of July, Kelly’s highschool sweetheart–who worked as an accountant an hour inland–broke her heart–by getting engaged–to someone else. For two weeks, Kelly wore sunglasses to work and not only tapped the keg each morning, but drank from it, while forgoing food for just as long. Each night, she was forced to leave work early so that she could climb into her car and sob all the way home. Each day she arrived with swollen eyes.

An old flame came to the rescue and they fooled around like they’d always done, but Kelly felt cold inside. Suddenly, flings weren’t fun anymore. A chapter in her life was closing, and Casey swept in.

She remembers their first kiss (he passed out shortly after), and their first date (someone passed them on the boardwalk and said they looked like they were in love), but she doesn’t remember the exact moment she knew.

She isn’t sure if it happened all at once or over time. One memory stands out. Casey was leaning there against the post, beside the coffee station, next to the bar, spinning a drink tray on his fingertips–and she saw, not a waiter, or a friend, or even a lover–but a refuge–a safe haven upon which to rest–for a lifetime (only she didn’t know that then.)

They say that rebound relationships don’t work, that people who live together first have a higher rate of divorce, that Virgos make impossible husbands, that first-borns drive their partners crazy, that a relationship built on sex will never last…

Twenty-years later, Kelly might tell you that their love is like a comfortable couch–plush and vibrant red–with pleasure so deep that she neither knows or cares if her life could be happier… or she might liken their relationship to a tree, upon whose steadiness she leans, finding rest in its shade and drawing beauty as it changes with the seasons.

Casey still traces the curves of her body, and drinks in the softness of her flesh, and wants her happiness above anything else, even his own certainty. He reminds her that he spotted her all those years ago in the high school cafeteria, knowing she’d be his.

(Note: a version of this story was originally published in 2006 in the Sun by the Sea for their “I Met My True Love in Wildwood” feature. )

5 thoughts on “A Love is Born”